One of the more futile pursuits in the field of terrorism studies is that of trying to determine why some people radicalize to violence and others don’t.  There have been many cases where some individuals in a given group (social, family, religious, etc.) go down the path to violence while others stay away.  We are still searching for this Holy Grail of determining factors.

Good luck with that as it is likely a fool’s errand.

I thought about this once again when I read an op-ed piece in the English-language version of the Turkish newspaper Hurriyet online.  The author notes that very few Turks living in diaspora communities in the West have gone to join ISIS and that this shows that the purported levels of this population’s alienation and exclusion must be lower than believed (see here for the article).

Oh if it were true.  Except it isn’t.

There are as many reasons for radicalization as there are people: each case must be judged on its own merits.  I can think of only one foolproof pre-existing condition – the potential radical must have a pulse (dead men don’t radicalize).  I am only being mildly facetious.

Even a cursory glance of the hundreds of cases in Canada over the past decade shows that there is no pattern and certainly no shortlist of contributing factors (age, occupation, education, family history, etc.).  In short, who is vulnerable to radicalization?  Anyone.  Yes, I mean anyone.  Given the right circumstances and the right person (radicalizer, recruiter, facilitator, mentor, spiritual guide…) at the right time, anyone can be led down the path.

So why do we keep asking why and how?  Is it just to satisfy curiosity?  Is it tied to a need to understand?  Is there any benefit to those seeking to identify people in order to take action (security/law enforcement, communities, health care workers, religious leaders…)?

I think these efforts are noble, if pointless.  It is highly unlikely that a model will be developed that produces reliable results (i.e. not too many false positives).  Security and law enforcement cannot afford to rely on imperfect models for two reasons: investigating false positives wastes resources and raises questions of improper state intrusion and mistakes arising from false negatives leading to successful attacks are not acceptable (no one wants to hear “But the model said….”).

So, paraphrasing US terrorism expert John Horgan, let’s stop asking “why” and focus on “how”.  I would go one further: let’s focus on reliable signs of radicalization to aid in early detection and prevention/disruption (shameless self promotion: a lot of this is covered in my book “The threat from within: recognizing Al Qaeda-inspired radicalization and violent extremism in Canada and the West”  which will be published by Rowman and Littlefield this fall). 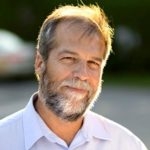 Phil Gurski
Phil Gurski is the President and CEO of Borealis Threat and Risk Consulting Ltd. and Programme Director for the Security, Economics and Technology (SET) hub at the University of Ottawa’s Professional Development Institute (PDI). Phil is a 32-year veteran of CSE and CSIS and the author of five books on terrorism.

Latest posts by Phil Gurski (see all)
Share this article

The Indian Mujahideen were believed responsible for 7 near simultaneous pressure cooker bombs on commuter trains in Mumbai which killed nearly 200 people.

On this week in 2016, Fulani herdsmen massacred 81 Dogon people in Nigeria’s Benue State.

On this day in 2016, the terrorist group ISIS beheaded four football players in Raqqa, Syria after having declared that sport are ‘un-Islamic’.

Suicide bombing at a mosque in northeastern Nigeria (July 8, 2016)

On this day in 2-16, Boko Haram terrorists pretending to be mosque attendees detonated suicide vests in Nigeria, killing nine and wounding dozens.

An Intelligent Look at Terrorism Podcast

Armin Navabi from Atheist Republic interviews CSIS analyst Phil Gurski on what is happening in Iran and how worried should we be about that nation.

What to do with citizens who joined ISIS and now want to come home?

Lots of nations are agonising over what to do with citizens who joined ISIS or other terrorist groups and now want to come home.